Here are some advantages of wind energy:

- Wind energry does not cause polution and can't harm the environment like coal and fossil fuels do.
- Wind is renewable and we can't run out of it.
- It is 80% less expensive than it was in 1980.
- Wind turnbines don't take up as much space and can be added close to living spaces.
- It creates a lot of jobs to fix the turbines and employed more than 73,000 people.

But there are some disadvantages, too:

- It kills millions of birds and bats, so its a danger to some wildlife.
- The turbine blades make a lot of noise.
- Some people complain about the way that wind turbines look.
- Good wind sites are often farther away from cities where electricity is needed most. 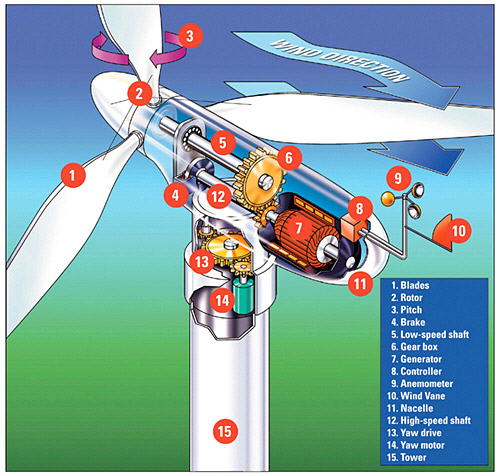 Wind comes from when air wants to move from higher pressure to lower pressure, and movement of the air is mechanical energy. The mechanical energy from the wind spins the blades on the turbine to spin a generator that converts it into electrical energy. Wind turbines should be placed where there is steady strong wind, but not strong enough to damage the turbines. 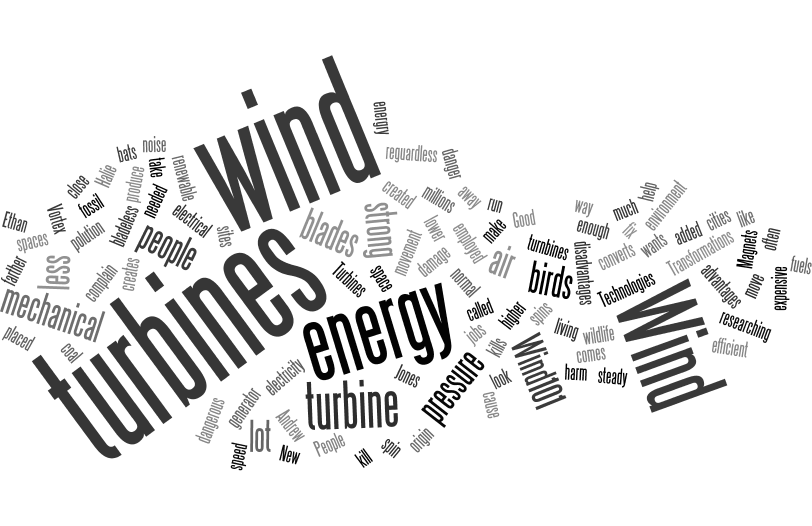